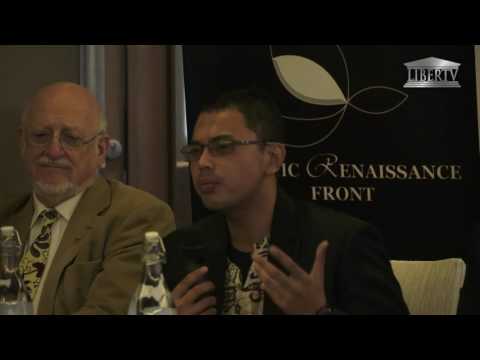 International Conference on Religion and Politics

In Collaboration with:
Institute of Malaysian and International Studies, National University of Malaysia (UKM)

As a geopolitical strategic region, West Asia has always been familiar with crises but it is now confronting socio-cultural and structural transformations, and new challenges and realities. From the long-standing conflict in the occupied Palestine to the recent social movements in the Arab countries to the return of a military regime in Egypt, the outbreak of war in Yemen, the recent coup d’état in Turkey, the rise of ISIS in Iraq and Syria, the practice and spread of Muslim extremism, and the consequent state fragmentation and occasional collapse, sectarian conflicts, stifled civil societies, economic devastation, soaring unemployment, and the massive exodus of refugees all have largely replaced hope with despair, and sanguinity for peace and prosperity in the region with uncertainty.

A similar turmoil is seen in Southeast Asia (SEA) with a continuous unrest in the Southern Thai and South of Philippines where Muslims insurgencies were products of reprisals against states’ persecution. And the recent mass killing of Rohingyas and the systematic violence being unleashed by the Myanmar military has unfolded a humanitarian crisis.

What brought about these changes and mayhem in the socio-economic and political conditions of the regions are not just fragments of the colonial empires but rather the issue of religion which intensifies this turmoil in the region. Today’s West Asia and SEA are agitated regions where the growing conflict in religion brings about transformations, brutalities and human rights violations. Recognizing that religion and politics have always been intimately and uniquely intertwined, the role of politics in the regions’ crises cannot be unnoticed. This conference will focus on the forces that are driving changes across the regions.