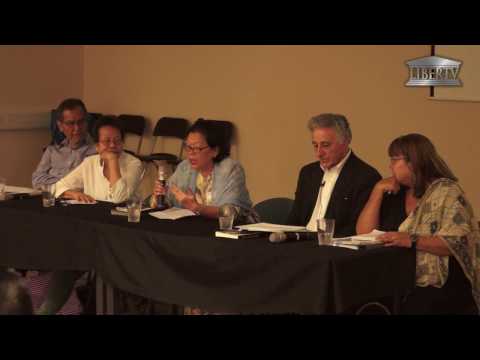 Roundtable Discussion On Islamizing the State Religious Politics In Malaysia

Many believe that pluralism is perhaps one of the greatest assets Malaysia possesses and is blessed with. It is certainly not a problem and thus should not be treated as a pathology instead. Religious diversity is not an illness that infects the body of the state or nation; nor should it be seen as a handicap. But when a state failed to play the role of an honest broker to create those vital common public domains where interaction, cooperation, respect and recognition develops; and gravitates towards trying to appease the majority segment of the society by infusing religious dogma; what we face is nothing but tyranny of the majority.

It has been argued that what we are witnessing is in fact a slow and calculated dismantling of the idea of a plural and liberal Malaysia as professed in the “rukun negara” or “National Principles”, which is now being promoted to be made the preamble to the Constitution. This is largely due to the growing ethnic and religious communitarian politics spurred by the vigorous effort of the ruling government in turning this country to become more puritan in its political outlook. Perhaps the effort to Islamize the state was not a sincere effort after all but more towards gaining more votes from the Malay-Muslim majority without any attempt to reform or open up the mind-set of the Malay-Muslims in the process. Without doubt, this divisive politics, narrow ethnic and religious-based appeal means that we are now stuck at an impasse of our own making, dependent on the Muslim votes, while allowing communitarians to dominate which in turn changes the tone and tenor of normative populist Malay-Muslim politics to remain sectarian and communitarian.

This then brings us back to the question of what Malaysian identity means today, and whether the very idea of a universal plural democratic Malaysia has a resonance in this country. Without doubt, the challenge that stands before any government of a society as plural as ours is to develop a national politics that is inclusive and accommodating to all, by giving every citizen a space and a place in the national narrative and national identity. The question remains that could such politics of universal representation take place in an Islamized state or would it be only possible in a secular democratic system where the state remains the honest neutral broker between all communities and all faiths, and does not favour one over the other? This is the main question that is going to be debated in this forum.