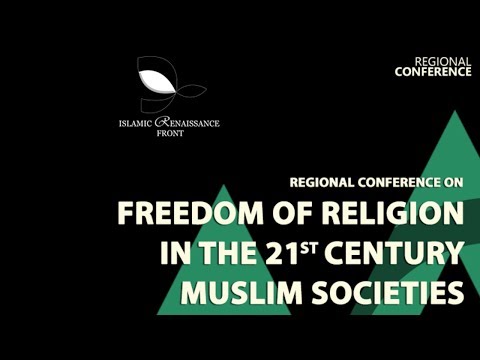 As long as humans retain the need to be religious, until then we shall keep on calling for the rights to freedom of conscience, and freedom of religion. This right to religious freedom may well be acknowledged by most people who are aware of this fundamental issue but unfortunately, the rise of religious fundamentalism and extremism in recent time has threatened the spirit of peace, tolerance and co-existence, particularly among the Muslim societies and the other, in the 21st century.

In early 2016, we were reminded again of the need for religious freedom with the pronouncement of the Marrakesh Declaration on the rights of religious minorities in predominantly Muslim majority communities. This declaration was inspired essentially by the Charter of Medina – the first Constitution during the time of the Prophet – an endorsement of religious liberty to all regardless of faith. The declaration calls for different segments in Muslim societies to play their role and take positive actions in promoting religious freedom.

The Marrakesh Declaration is a call for action from representatives of Muslim communities from various Muslim countries to further promote religious freedom in their respective countries. It is also a call to all Muslim scholars and intellectuals to develop a jurisprudence of a common citizenship, which is inclusive to all religious groups. And a call to all politicians and decision makers to take the political and legal step towards fortifying relations and understanding among the various religious groups.

Such strong calls of action have raised an important question on how far the Muslim societies in this region are committed and appreciated the need and the value of religious freedom in our own diverse community?

Thus, this Regional Conference on Freedom of Religion in the 21st Century Muslim Societies intends to look deeper into the situation, the challenges and the way forward in promoting religious freedom particularly in Malaysia and the Southeast Asia region, and as well as the experience of Muslim communities in other parts of the world.