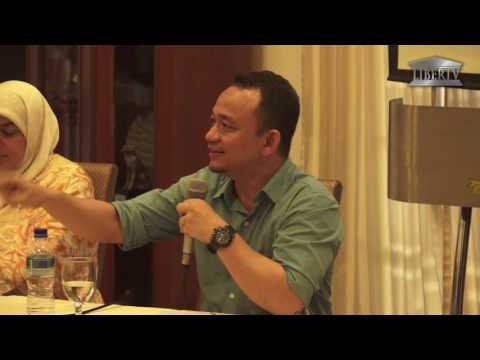 Roundtable Discussion: Is A Civil State Islamic?Reflecting on Politics and Society – Part 4

If we are required to sincerely and truthfully evaluate the state of Islam and Politics in the Muslim societies, of whether we have progressed or regressed over the past few years, a straight-forward respond may sound rather too simplistic. Within this time period there have been fresh calls and movements for Muslim leadership for Sharia laws and an Islamic political system to be implemented. While at the same time there have been very minimal traces of any advancement of democratic rules, human rights and social justice in the Muslim world.

An ‘Islamic State’ is usually associated with exclusive leadership only by Muslims, implementation of punitive Sharia laws and re-establishment of an ‘Islamic’ political entity under the authority of a Khalifa. Such calls and movements have been growing even in moderate Muslim countries such as Malaysia and Indonesia, even more so with the growing influence of ISIS in several spots in the Muslim countries. These situations serve as signs to how much have the ideals of an Islamic State are progressing in recent times.

However, it is also important for us to assess of how far are these popular ideals of an ‘Islamic State’ can be said to be civil? From another perspective, if we examine the ideals of a civil state which usually associated with the principles of democracy, human rights, individual liberties and equality, all of which are values being seen as propagated by the West, how far are these values can be said as to be Islamic, and should be the foundation principles of Muslim societies?

Reflecting on these questions, and the actual condition of Muslim societies related to Islam and Politics, this roundtable discussion intends to explore further on the topic, and shall lead towards an understanding on how should we face the political challenges towards a Civil State for the near future. In a global age where there are diasporic networks, neo-tribal identities and mercenaries’ wars, how can we re-visit our understanding of the modern state as well as the corrosion of its civil nature.