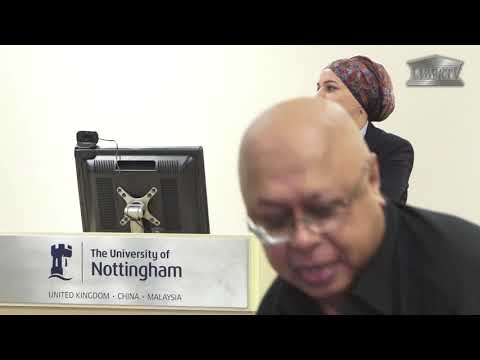 Rethinking Secularism in the Globalised Era Seeing Beyond Modern

Secularism, a contentious term that could well be described generally as a distinction between the sacred or divinely inspired aspects, to the profane or the worldly elements of human lives. If we were to focus our discussion on the field of society and politics, secularism is popularly understood as the separation between power and religion in a political system. Regardless of whether one would agree to its principles, secularism is one of the most integral principles in the foundation of modern states.

Many scholars have argued that we are now living in an era of late modernity, in which most societies are politically modeled as a modern-nation state, have passed or currently undergoing several modernization processes, including rationalization, individualization, and democratization. These processes came along with the advancement of capitalism and secularism.

Another influential element that is still shaping modern societies is Globalization, an inter-connectivity of different nations, cultural traditions, and faith-religions, into a One-world system. This move has created global interaction leading towards tremendous advancement of knowledge, technology and trade. However, the inter-connected globalized world has also exposed the vulnerability of modern civilization, to social problems related to alienation, exploitation and unequal treatment between different nations, social classes and religious communities.

Within this background, it is interesting for us to once again revisit the discussion on Secularism, Modernity and the Globalized world, mainly in Muslim countries of today. Without doubt, Muslim societies in some ways have advanced in terms of economic growth, democracy and rational thinking. Though, we are still being plagued with various problems and polemics either it be political, cultural, legal and also intellectual contestation particularly on matters related to the position of Islam as the dominant religion in the society.

This roundtable discussion on “Rethinking Secularism in the Globalised Era: Seeing Beyond Modernity” serves as the right platform among academics and activists to discuss further on the topic.