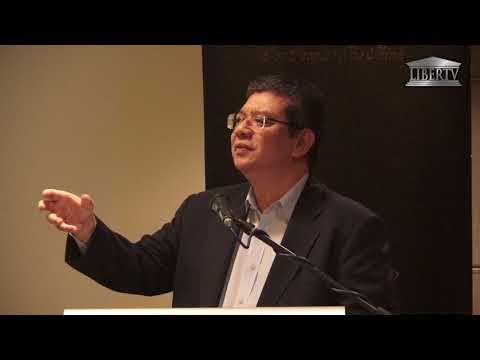 Forum On Does Democracy in Muslim Societies Require Secularism

Book Launch of:
”Apa Yang Aku Yakini” by Dato’ Saifuddin Abdullah
A translation of ”What I Believe” by Tariq Ramadan

For more than a century, since the early encounter with modernity, Muslim societies have grappled in finding the best mechanism of governance towards achieving progressive and sustainable political entities. Democracy is generally accepted globally as the ideal political system, representing the zeitgeist of our time, and the solution in curtailing abusive and unjust authorities rampant in past generations. However, Muslim countries in various parts of the world seem to remain cautious and suspicious in fulfilling the demands of democratic principles, partially due to the secular nature of governance, commonly perceived as to be lacking divine guidance.

Thus unsurprisingly, based on the 2016 Democracy Index by the Economist Intelligent Unit (EIU), even the best of Muslim countries could only be rated as ‘Flawed Democracy’, while many other Muslim countries still belong to the category of an ‘Authoritarian Regime’. This has caused a common assumption that Islam is inherently unsuitable with democracy. However, studies have indicated this assumption as to be untrue. A study by Pew Research in 2012 in several Muslim countries has shown that the Muslim population in general support and preferred democracy and its principles to implemented in their societies, while at the same time the study also found that Muslims favour a large and active role of Islam in politics and public life, thus a rejection of a secular system of politics and governance.

In such settings of the Muslim societies in recent times, with failing democracies in their countries, while the people unquestionably hold high aspirations of democracy, at the same time favour an active role of Islam in politics, and a rejection of secularism, indicate some contradictions, and perhaps could lead us to a simple conclusion that the current political formula of democracy in Muslim societies is just not working. There must be several reasons of why democracy is not properly working, and among them could it be that Muslim countries require Secularism in order for democracy to function in the society?

This forum will address this question, and other related topics to open our minds and views in improving our state of democracy, towards progress and sustainability for the future of Muslim societies.