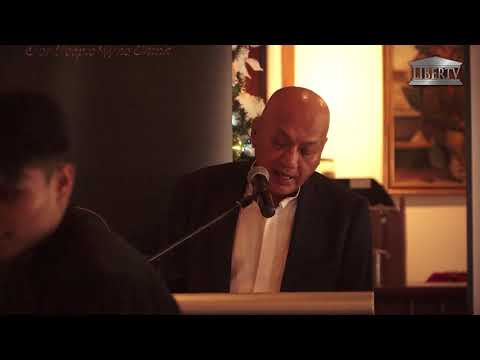 Roundtable Discussion on Is Liberty an Islamic Value

For the past quarter of a century, the absolute number of democracies in the world has almost tripled. However, many Muslim countries remained indifferent to this wave of change, and have the world’s lowest average levels of freedom.

The Arab League, with a total population of 300 million, with a land area larger than all of Europe, and plentiful oil and natural resources; today have a GDP lower than that of Belgium plus Holland, produce fewer scientific publications than Israel alone, and translate fewer books than Greece. Throughout most of the region, poverty and human rights abuses are noticeably prevalent.

How did the Muslim lands which a millennium ago were home to one of the most advanced culture in the world, fall so far behind in their cultural, economic and political development? How did this peaceful religion spawn a fundamentalism so extreme that it today is the main threat to international peace and stability? And perhaps more importantly, how can this tide be turned?

Perhaps to initiate the change in tide is first to change the way how Muslims think. It is important first of all to return to the sources and undertake a true clearing of the terminological ground, moving beyond rhetoric and simplistic appositions that are so quickly formulated by some theologians.

For while the orders of creed and worship – al-‘aqīdah wa al-‘ibādah – are subjected to the sole and ultimate authority of the revealed texts; the sphere of social affairs – al-mu’āmalat – is wide open for human intelligence and its creativity, based on some broad guidelines and general principles laid by the Qur’ān.

It is this freedom or liberty, which has been offered to human intelligence that has enabled Islamic civilization to produce the abundance of scientific and philosophical knowledge in the course of history. What in effect, in contemporary societies and apart from confused digressive discourse about religious and cultural pluralism, does the respect of dignity, welfare, freedom, equality, and justice mean for individuals within a given society?

Those are the higher objectives of Law and it is in their light and in their respect that, visions of society and the institution of common laws must be considered. This must begin with a thorough reflection from within about the meaning and understanding in aiming to fulfil the higher goals of the global message. The issue is complex; and the challenge is formidable.