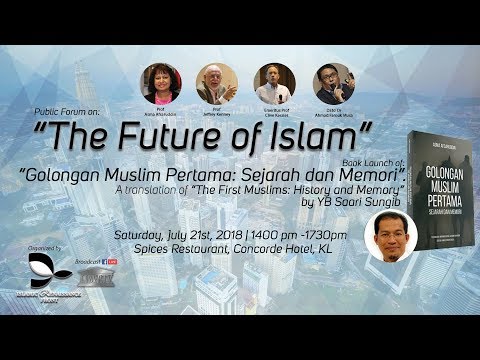 Public Forum on “The Future of Islam”

If we imagine the future of Islam today, perhaps it may not look the same as the future of Islam foreseen by the early generations of the first Muslims. The early generation of the first Muslims under the guidance of the Prophet, became liberated and victorious by forming a thriving society in Medina. And two centuries after the death of Prophet Muhammad, Islam flourished as one of the great civilizations, a cultured society and kingdoms where science and philosophy blossomed and their thinkers became authoritative references to neighbouring regions including Europe. But this success was short lived.

This was perhaps initially due to the defeat of the People of Reason(the Mu’tazilites and philosophers) by the People of Traditions(the Asha’irites). The initial blow was perhaps by the most prominent Muslim theologian, al-Asha’ari, and later then the coup de grâce by al-Ghazali that had closed the door of philosophy and science on the Muslim land; to be followed by the colonization of Muslim land and the subjugation of the Muslims in later years.

The Muslims of today inherited this dilemma of how they should look into their religion, into his world, and even into his understanding of God; as a pure will with radical volunteerism and occasionalism; or as an established fatalistic doctrine of Islam aftermath. How reason was demoted, why the lack of creative and independent thinking, why modern concepts such as freedom, democracy, and rights are aliens to the Muslims of today.

This is the challenge of Muslims today, the battle of ideas between the warring ideological factions within Islam that would shape the world of Islam of tomorrow. Apart from the competing ideas, they are also faced with the rapid globalisation and issues that were not envisaged by the early Muslims. Thus, this would bring us to the important question on the future of Islam, and how do we visualize the future of Muslims to be.