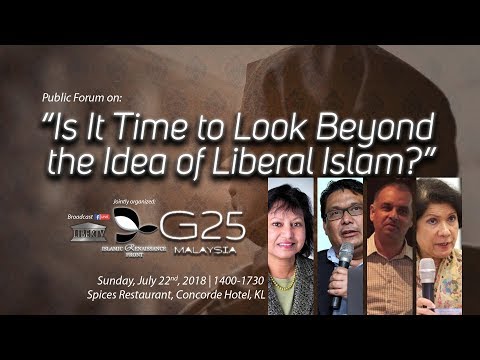 Public Forum on: Is It Time to Look Beyond the Idea of Liberal Islam?

For the past several decades, the idea of what is usually termed as ‘Liberal Islam’ has been at the forefront of critical and progressive voices towards liberty, democracy, and equality in the majority Muslim societies.

There is no doubt that central to the Liberal Islam discourses is the influence of Liberalism and the Enlightenment ideals from Western philosophical traditions, which look highly on the human reason as the path towards freedom, against dogmatic thinking and despotic authoritarianism which is still widely practiced by both the political and religious establishments within the majority Muslim countries. Thus, for the proponents of Liberal Islam, the liberal struggle may not just be a necessity, but also an obligation in opening the path for Muslim liberation.

But obviously, there are major critics towards ‘Liberal Islam’, perhaps even more than any other ideologically-based movements in Muslim majority countries, including in Malaysia with strong traditional, cultural and institutional foundations within our Islamic authorities and establishments. The term ‘Liberal’ itself usually brings along a derogatory immoral connotation, and even deviant to the more extreme perspectives. The ‘Liberals’ are seen as a threat to the Muslim values by being ‘the darlings of the West’, bringing along a Western agenda that is in no way beneficial to the development of Muslims.

Such harsh critics towards Liberal Islam have frequently sidelined its core liberating massages, raising an important question on how far is it still effective to advocate the ideas of ‘Liberal Islam’ for progress and reform in Muslim majority societies. Is ‘Liberal Islam’ still useful in the struggle of Muslim liberation? Or is it time to look beyond the idea of Liberal Islam?