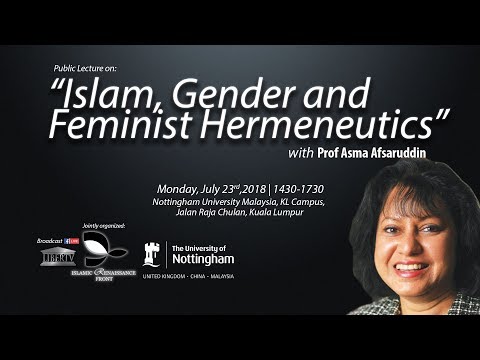 There is no question that the introduction of Islam into human civilization has paved the way for the progress of history towards the liberation of mankind. Through the divine messages of the Quran and the exemplary life of the Prophet Muhammad, Islam during its early phase was a revolutionary force towards freedom, equality and social justice.

But it has to be acknowledged that the progression of its theological teachings and doctrines are not totally free from the influences of culture, history and political influences. Islam, as it is common with any other religion holds a very influential position, thus becomes an important tool for legitimacy, control and in some cases, oppression by those in power, especially towards the weak, the poor, and in some matters towards women. To some extent, the ‘Islam’ that is generally understood and practiced in most Muslim societies of today, has lost the revolutionary principles and instead is not free from elements of authoritarianism, parochialism, and patriarchal influences. And the most common to be victimized by such narrow interpretations of Islam are usually women.

Thus, it has been widely argued that the Islam as we understand today requires some re-interpretation and reconstruction, which include a gender dimension, particularly the feminist interpretation and hermeneutics. As only through such perspectives of reform, the principle of justice in Islam could be resurrected in ensuring the dignity and equality of men and women and of all mankind can once again become central to the religious lives of all Muslims.