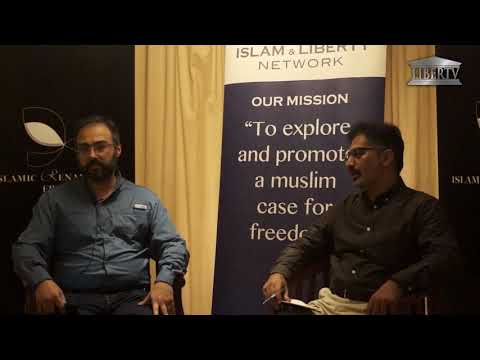 Iyad El-Baghdadi argues that the answer lies in how Muslims today approach their religious texts. We bring with us some unspoken assumptions that impact and restrict our understanding. He argues that these assumptions come from Salafism having “won” at a foundational level. Muslims today, whether they call themselves Salafi or not, are deeply impacted by Salafism in the way they approach Islamic knowledge.

In this event, we’ll take a look at our “crisis of values” at a foundational level. How do we even approach Islam? What assumptions do we have in our approach to Islamic scripture and tradition? How do we regain a place for reason and conscience at the center of our religious life? Can we move towards an Islam which emphasizes values over rules, instead of emphasizing rules over values?

About the Author
Iyad El-Baghdadi is a Muslim intellectual, writer, and activist based in Oslo, Norway. He is founder and president of the Kawaakibi Center, a startup think tank that publishes the websites “The Arab Tyrant Manual” and “Islam & Liberty”. He is a fellow at Civita, Norway’s leading liberal think tank; and also sits on the board of The Munathara Initiative, the Arab world’s leading society-run debate platform & TV show. He is an outspoken critic of both Islamic movements and secular dictatorships, and has set himself apart from many other activists through his use of humor and sarcasm. His first book “The Vicious Triangle: Terrorists, Tyrants, and the West” is due for release later this year.