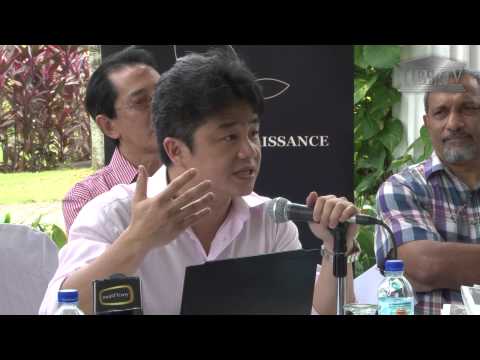 Say NO to Racism

Feb 24, 2013 - Forum
It is all too clear that racism continues to plague Malaysia ever since independence. More worryingly, matters do not appear to be improving. Day after day, even after 55 years, we hear of more incidents and statements attempting to stoke the flames of ethnic and sectarian sentiments. This has become all the more apparent in the lead up to the 13th General Elections, where questions about its results are often coupled with concerns about the state of community relations in the country, should there be drastic changes to the current balance of power.


It is for that reason that it is crucial for the Malaysian government to assure the Rakyat of its commitment to end racist politics. This after all is in line with the Prime Minister’s own calls for reform, in particular, to lead Malaysia towards the path of a mature and inclusive democracy, where policies can be discussed without the threat of racial division.

As Southeast Asia, and indeed the world, becomes integrated in the current age of Globalization, and as technology and social media bring people of different cultures and nations closer and closer together, it is imperative that our government too reflect this reality in their vision for our future. For if not, we risk being merely a country of fragmented communities living in prolonged fear and suspicion towards one another.

Therefore it is today more important than ever that the Malaysian government ratify ICERD (the United Nations’ International Convention for the Elimination of Racism and Discrimination). This would not only demonstrate the much needed seriousness in the government’s desire to tackle racism, it would also set the precedent to ensure that the policies it puts in place is inclusive for all Malaysians regardless of their culture, ethnicity or religion.