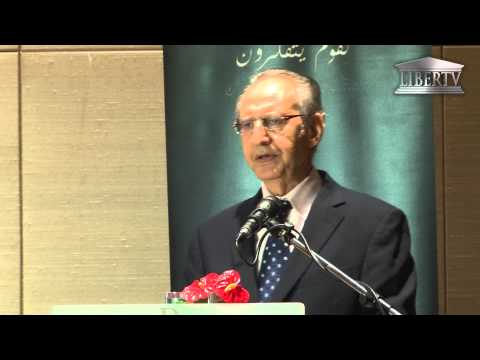 And hold fast, all together, unto the bond with God, and do not draw apart from one another.

And remember the blessings which God has bestowed upon you: how, when you were enemies,
He brought your hearts together, so that through His blessing you became brethren; and [how,
when] you were on the brink of a fiery abyss. He saved you from it. In this way God makes clear His
messages unto you, so that you might find guidance. [Al-i Imran, 3: 103]

It seems that God’s reminder in the Qur’an has befallen onto many deaf ears. Despite claiming to be the defenders of sunnah, many fell prey to the venomous doctrine of sectarianism. The fires of sectarianism schism are stoked for political means and many are unable to think through the real
world. How do we claim to adhere to the Qur’an and Sunnah when we are propogating hatred and discrimation? There is no basis for this in the empowering Qur’an and the enlightening sunnah.

The real underlying issue was none other than political power. It was power that was at stake after the Prophet’s death. And it is power that is at stake today. There is always a friction under the surface between the two main sects in this religion. Occassionally throughout history, this friction burst and exploded into carnage.

We have seen a rebellion against despots and tyrants in the Middle-East during the Arab Spring, from Tunisia to Bahrain. Unfortunately, these rebellions are being turned into maelstrom that is the ancient conflict between the two main camps of Islam, the Sunnis and the Shiites. For a time during the revolutions in Tunisia, Libya and Egypt, it seemed that the divide between the different sect did not play a significant role. However things look different in Syria, which is another reason why this is a particularly dangerous rebellion.

Such violence though seemed so distant is not impossible to happen in this country considering the number of hate-mongers among the religious scholars who were previously trained in countries filled with religious animosity. Continuos persecutions of the Shiite minorities by religious departments in the form of harrassments and desecration of their hawzahs were ominous signs for what may entail in the future.

As a nation, we have to raise above the sectarian politics and enter into a new paradigm. The discourse must be based on the Qur’an and Reason. Only then will we be able to transcend the old mindset that is still dominant among the Muslims today.