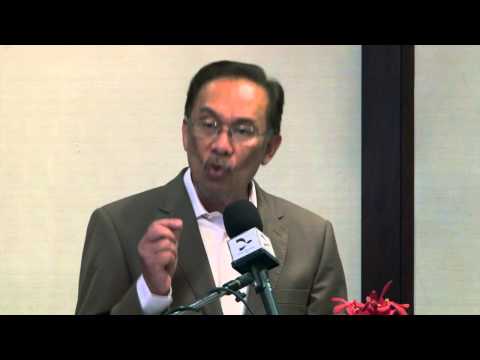 Mar 17, 2013 - Forum
Malaysians face many uncertainties as they prepare for the nation’s most challenging elections yet. It is becoming more and more evident that Barisan Nasional’s grip over the country is the weakest it has ever been throughout its 55-year history.

Regardless of whether it survives GE-13, the mood is such that Malaysian politics will never be the same again. The regime will now have to deal with a younger, more dynamic and daring generation of voters, the complete opposite of the demographic it has been most used to dictating over the many decades it’s been in power.

And if the opposition Pakatan Rakyat were to wrest power, a key question that remains unresolved in all this is the fate of Malaysia’s economy throughout this wave of transition. Taking into consideration the fact that finance and trade has been for so long driven primarily by a one party system, democratizing the economy will be a priority. How can we ensure that economic policies remain inclusive? What are the values and objectives that will guide the transition? Will the free market be Malaysia’s destiny?

Malaysia has the potential to reflect deeply and meaningfully on these questions because of the unique and advantageous regional context it’s in. The fall of authoritarian regimes in Indonesia and the Philippines in recent history shows that there may be a wealth of lessons Malaysia can learn from its neighbours. Should liberalization be the default solution to mend the inefficiencies of authoritarian economic rule? Or can more robust and just welfare oriented policies be put in place?

It is to reflect on these questions and more that Penang Institute, Institut Rakyat and the Islamic Renaissance Front have come together to organize a seminar on “Economic Management During Political Transition: Experiences from East Asia and Eastern Europe”.

Moderated by Dr. Wong Chin Huat of the Penang Institute, the panel featured the most eminent economists of our region: Professor Anwar Nasution of Universitas Indonesia, Azrul Azwa Chief Economist of Islamic Bank and Professor Woo Wing Thye, Executive Director of the Penang Institute. The seminar was officiated by Dato’ Seri Anwar Ibrahim, the Leader of the Opposition on Tuesday, 12 March 2013 at The Renaissance Hotel, Kuala Lumpur.