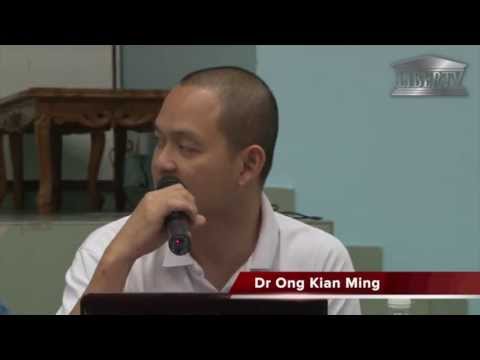 GE13 - Election A to Z and Role of Caretaker Government

Apr 15, 2013 - Forum
Parliament was dissolved on 3 April 2013, which has paved the way for the 13th General Election (GE13) to take place on 5 May 2013. Highly speculated as one of the most closely contested general elections in Malaysia, the stakes are high, with the now caretaker Barisan Nasional possibly even losing its position as federal government after 55 years of rule. With GE13 this close, many important issues need to be discussed publicly in our pursuit of widely acceptable solutions.

For instance, what is the role of a caretaker government? What are the laws and regulations governing the election? What constitutes the electoral process? What has the Election Commission actually done in response to the Parliamentary Select Committee on Electoral Reform? To what extent are the voter rolls problematic, and how will this affect election outcomes? What are the criteria to become election observers and do they adhere to international standards and best practices? In the case of a hung Parliament, what are the conventions that must be observed, and what does the Constitution have to say about these issues?

Organised by Institut Rakyat’s Forum Series on “GE13: Election A to Z and the Role of a Caretaker Government” that will bring together experts, lawyers and activists who will help to answer these complex questions as we face one of the most exciting elections in Malaysia’s history.