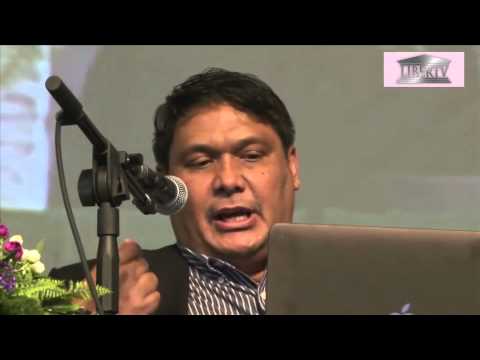 The Islamic State: which vision; whose responsibility?

Apr 30, 2013 - Forum
Of late, the UMNO Government and their spokespersons, Tun Dr Mahathir especially, have repeatedly tried to sneak into public dialogue the issue of an Islamic State, but by framing it only as an opposition-related unity problem and issue. By sneaking this issue vide the backdoor they are operating in true blue UMNO culture and style.
The truth is that, it is UMNO that has over the years slowly but surely abused democratic due process, and allowed the ‘conservative interpretation of Islamic values’ to creep into the administrative governance of this nation. In fact, it was during the term of YB Anwar Ibrahim that this agenda became an UMNO Agenda, which was never publicly declared to the BN partners but was instead deceptively brought into national focus.
This, back-door Islamization, was also the obvious reason Lina Joy lost her appeal in the Federal Court, especially through the particular form and interpretation of ‘administrative law’ ignoring other provisions of the Federal Constitution. The other obvious case and issue is why the ‘Allah issue’ is still an unresolved matter with the Federal Government of Malaysia? Even Pakatan Leadership is on record to say that Allah is a pre-Arabic and Islamic name of GOD before the time of the Arabs and Muslims.
Therefore, it is time for OHMSI and members of the Bride of Christ must begin to reframe the above dialogue to offer a comprehensive but new and wholesome dialogue as a national discourse for the coming General Elections. All this relates to how we, as Malaysians, respect and honour and interpret our Federal Constitution and all rights guaranteed by Federal Constitution and the UN Human Rights Commission.